EXCLUSIVE BEERS FOR THE CRAFT BREWER’S CONFERENCE WEEK, MAY 2-7 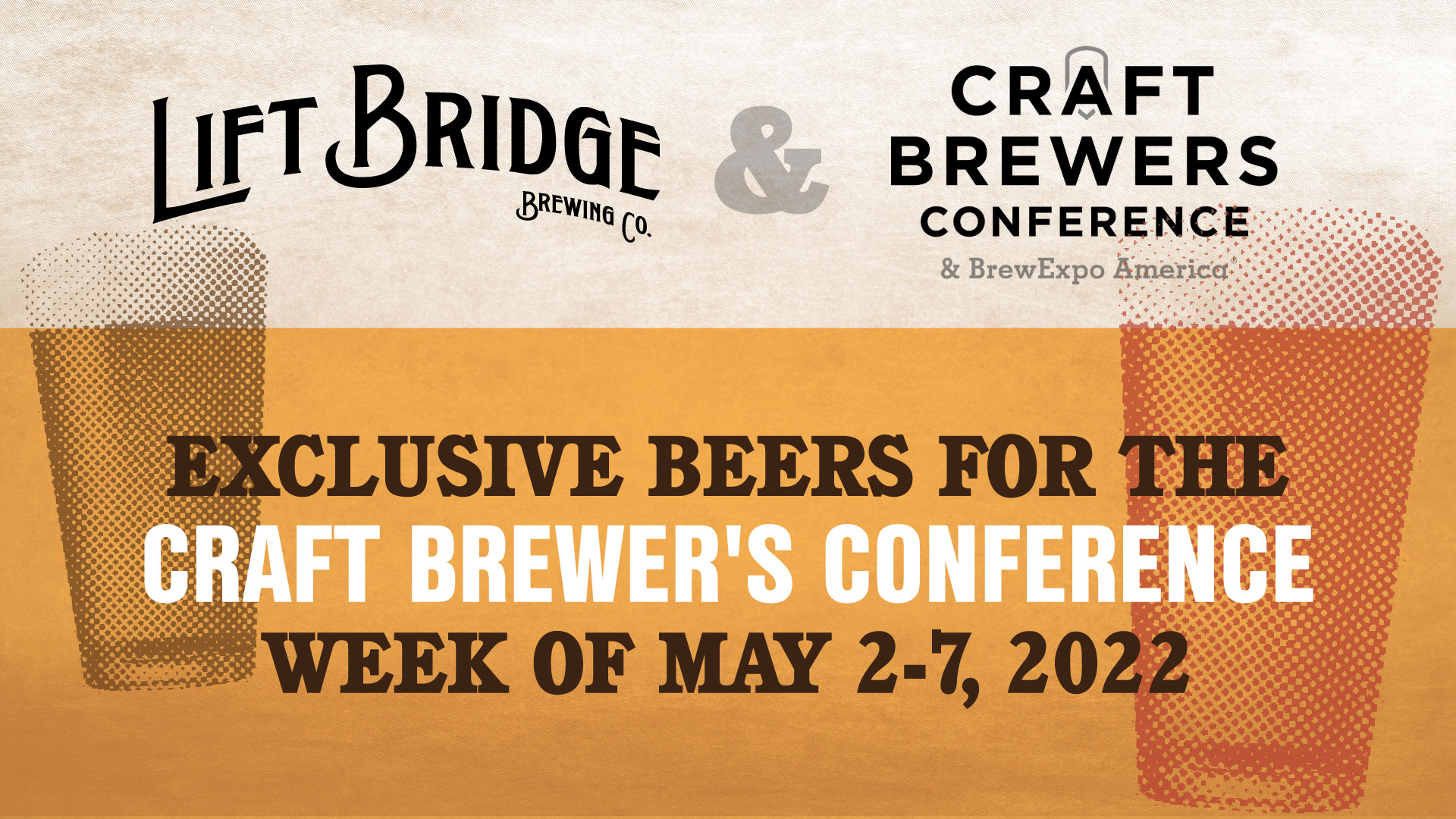 Lift Bridge is excited for the Twin Cities to host the largest Craft Brewing Conference in the country with some exclusive brews and collaborations that will only be available for a short time! Follow us on social media to keep up to date also on events and beers in the market and in either of our Taprooms in Stillwater, MN and New Richmond, WI.

Lift Bridge & Ology Collab “What Would I Do With the Internet?” – 8% ABV Imperial Hazy IPA – Hazy Double IPA collaboration with Lift Bridge. Thiol-producing yeast mixed in with Spectrum, Citra, Mosaic, and Idaho 7.

TOMORROW🍻We are proud to announce the release …

This Saturday at @liftbridgestillwater 🔜 slide …

It’s bottling day for Silhouette! 🍻
Who …

Our Barrel Aged Stout Silhouette was ranked #3 on …

Cheers to the weekend! Enjoy the Berry Bursting …

Shout out Mother Nature for the beer cooler ❄️

Turn your passion into your career in 2023! We are…

Hoppy Holidays from all of us at Lift Bridge🎄

Looking to impress your guests this holiday …