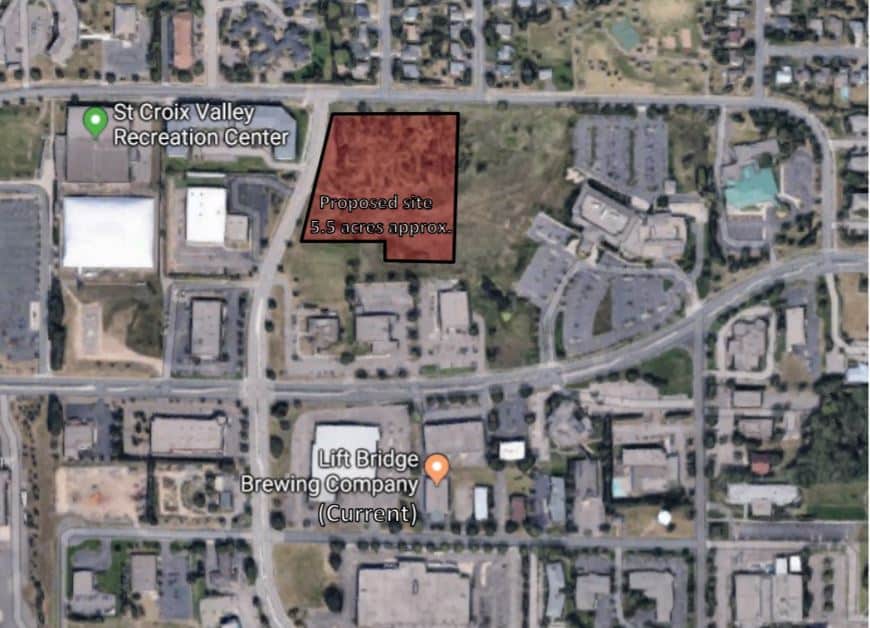 Lift Bridge Brewing Company, Stillwater’s first craft brewery since Prohibition, today announced that it has purchased 5.5 acres of property in Stillwater to build a much larger production and distribution facility, as the company continues to grow. Construction on the first phase of the new location will begin this August to kick off the brewery’s 10-year anniversary celebrations.

The new Lift Bridge brewery will be located less than a quarter-mile north of our current location, at the SE corner of Orleans St. W. and Washington Ave., and will feature a taproom, patio and outdoor space. Specific plans for the design and development of the new location are currently underway.

“When selecting our future location, it was very important to everyone that the brewery remain in Stillwater,” said co-founder and vice president, Brad Glynn. “As we continue to expand into new markets across the Midwest, this will ensure that we are remaining true to our roots and our community by brewing and distributing everything from Stillwater.”

After experiencing 10 years of consistent growth since the company was founded in a residential garage in 2008, Lift Bridge Brewing Co. is moving to accommodate projected growth at an estimated average of 20 percent over the next five years. In 2017, sales increased more than 20 percent in Minnesota and the company brewed 19,000 barrels of beer, a significant increase from the 8,000 barrels brewed in 2014.

“Lift Bridge Brewing Company has been a tremendous addition to the City of Stillwater’s economy and tourism, and we are pleased with their decision to continue to be a part of our community,” said Stillwater Mayor Ted Kozlowski. “With an iconic name symbolizing one of our city’s most historic landmarks, the brewery has established itself as a landmark in its own right that we are proud to call our own.”

Lift Bridge ownership has chosen Hammel, Green & Abrahamson, Inc as the architecture firm for the project, which is expected to be completed by next summer. Metro East Commercial Real Estate represented Lift Bridge Brewing Co. in the search for their new location.

TOMORROW🍻We are proud to announce the release …

This Saturday at @liftbridgestillwater 🔜 slide …

It’s bottling day for Silhouette! 🍻
Who …

Our Barrel Aged Stout Silhouette was ranked #3 on …

Cheers to the weekend! Enjoy the Berry Bursting …

Shout out Mother Nature for the beer cooler ❄️

Turn your passion into your career in 2023! We are…

Hoppy Holidays from all of us at Lift Bridge🎄

Looking to impress your guests this holiday …